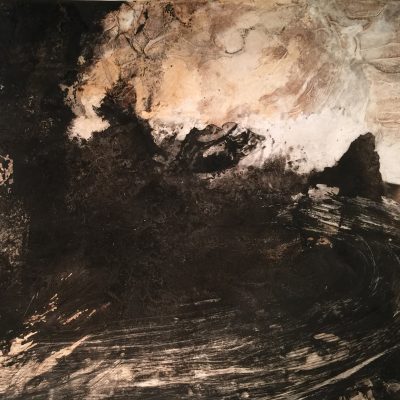 Athena LaTocha, born in Anchorage, Alaska, is an artist whose monumental works on paper explore the tenuous relationship between man-made and natural landscapes. Her work has been shown across the country in places such as the CUE Art Foundation, Artists Space, Wilmer Jennings Gallery, Chelsea Art Museum, New York State Museum, Dahl Art Center in South Dakota, South Dakota Art Museum, and the International Gallery of Contemporary Art in Anchorage, Alaska. In 2017 she had a solo exhibition at the IAIA Museum of Contemporary Native Arts in Santa Fe, New Mexico.

LaTocha received her Bachelor of Fine Arts degree from The School of the Art Institute of Chicago, and a Master of Fine Arts degree from Stony Brook University, New York. LaTocha is a 2016 recipient of the Joan Mitchell Foundation Painters and Sculptors Grant. Additionally, in 2013 she was awarded the prestigious Robert Rauschenberg Foundation Residency. The artist held a full fellowship at the Vermont Studio Center, and from 2008 to 2015 was the artist-in-residence at chashama at the Brooklyn Army Terminal in New York. From November through December 2017, she was artist-in-residence at the Institute of American Indian Arts in Santa Fe, New Mexico. Most recently, LaTocha completed the 2018 Winter Workspace Program residency at Wave Hill in the Bronx.