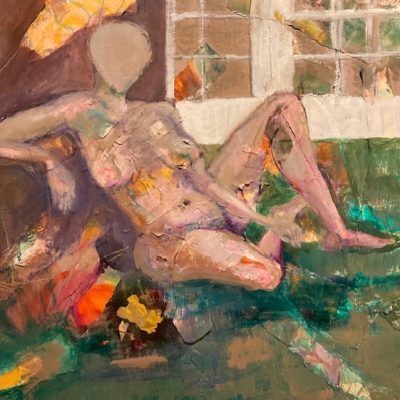 Showing At:
Off The Beaten Track - WCC

I moved to New York City from San Antonio in 1985 to attend the Program in Performance Studies at Tisch School of the Arts at NYU. After receiving my MA there, I worked in documentary production for the Nature series at WNET, and for ABC, and CBS. During this time I continued to take courses in painting, sculpture , and art history at Hunter College and more recently at the White Plains Center for the Arts, and privately online. My background in theater and film has informed my work as a painter, providing fertile ground for the imagination and drama in creating images on canvas. I’ve exhibited in the Small Works juried show at the Garrison Art Gallery and in student shows in NYC, and other local galleries.