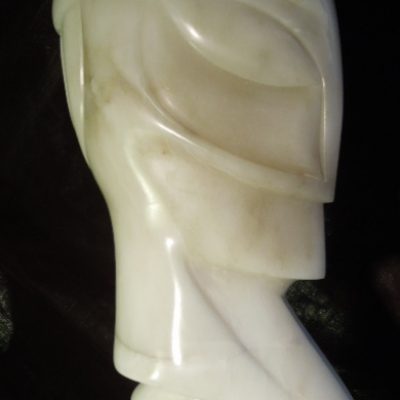 Richard discovered the appeal of using his hands to shape an object into a poetic and emotional representation many years ago. However, beginning in the second grade drawing and painting came first which lead to years of drawing and then to designing homes in his teen years. Encouragement to become an architect was in the air, but his artistic bent took a sharp curve into the performing arts. Singing and acting took over his junior and high school years. Then into business —designing fashion for his own manufacturing company in his twenties (while taking a sculpture class, out-of-the-blue), until the corporate world became utterly distasteful and with a cash settlement, he ejected and left New York, for the open road.

After a couple of years he accidentally rediscovered acting at the University of TX; enrolled as a theatre major and went on to directing and teaching as an assistant teacher at U.T., then opened his own theatre in downtown Austin.

Continuing his theatrical aspirations he then transferred to a college in Denver CO. To broaden his artistic education, added a sculpture class to his curriculum and learned he had some real talent for it. Richard’s second piece was chosen for the Loretto Height’s College Course Catalog cover, but the sculpture bug didn’t bite quite hard enough…, yet.

After graduating it was back to NY determined to live the life of the starving actor. He did much acting professionally, had some success but made little money. While still acting, he was introduced to psychotherapy: he trained for five years and went into private practice. Years later moving to Westchester, while doing much community acting, teaching and directing, he met local visual artists and renewed is attraction to carving stone.
In 2012, from working on his deck, to a studio in Dobbs Ferry, he moved to Peekskill and opened his new studio last year at 913 South Street, Peekskill, NY